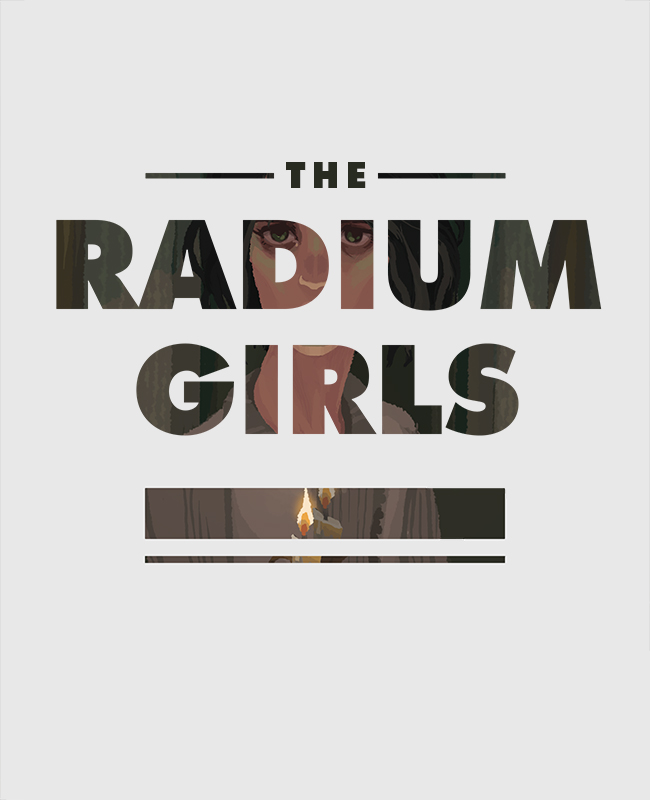 So I mentioned the Radium Girls in my last post on paint toxicity. It’s a story that hasn’t been well known but has been slowly gaining public interest. I’m excited anytime I see someone mention it as it’s such an important part of American history, labor rights, and material safety. As a heads up, there is some brief disturbing content in this story. I’ll warn you when it gets a little gnarly, in case some readers want to skip the details.

The reason for this eventual gnarliness? Radioactive paint.

Radium had been discovered, studied and named by Marie Curie in 1898. It was known to be able to destroy tissue and had been used soon after its discovery to fight cancer. It could also excite the blood and give a healthy glow to the cheeks, making people think it could improve health because of that rosy tinge. Radium laced products were popular as tonics, even items that didn’t contain the material would use the name for a sheen of quality. Radium jockstraps, face cream, cigarettes. Radium Brand Butter, anyone?

During WWI, watch factories employed thousands of women to paint glowing numbers on dial faces. The job was a glamorous one. The work paid up to three times more than any other factory job, offering the painters freedoms they hadn’t had before. They were helping the war effort as many of the watches were used by soldiers overseas. And with the radium health craze, how could it possibly pose a threat?

Is This Stuff Safe to Eat?

The dials on these watches were tiny, calling for extremely fine brush points. The painters were taught to tip the brushes with their lips to keep the bristles together. Even with radium going through a health fad, many of the women who worked in these watch dial factories asked whether it was safe to do so. They were reassured by the factory managers that it was perfectly fine. The paint wouldn’t harm them, and would even give them that healthy glow.

If you read my paint toxicity article, I talked about how paint is made of two materials: a pigment and a binder. The pigment provides the color while the binder holds everything together, allowing it to adhere to a surface. Radium is the pigment here, used to create a paint that went under the names Undark, Luna, and Marvelite. The workers were required to make their own paint at the factory. They would do this by combining the radium pigment with water and adhesive. And because the radium pigment was produced as a powder, the factory was filled with it, so much so that the very air itself glowed.

The women would mix their own Undark paint from powder, adding the radium dust to a binder. And radium was expensive, ranging anywhere from $84,500-120,000 per gram (about $1.9-2.2 million today). That didn’t stop some of them from painting their teeth and nails with Undark. They would wear their best dresses to work. The powder would settle on their clothes and leave them glowing like ghosts. They would go out on the town looking like they were flecked in starlight. Remember, many of these women were young, even as young as 14, and they had been told by their employer that the material was safe. Healthy, even.

What Radium Does to the Body

While calcium strengthens, radium eats away, leaving the bones under attack from alpha radiation from the inside. And radium has a half-life of 1,600 years. This means that it’s going to take over a millennium for half the radium to decay. Once it’s ingested, it is extremely difficult to remove.

Warning! Here’s the content I warned about in the intro. If you’re squeamish, feel free to skip and go on the next section.

Radium settled into the dial painter’s bodies, honeycombing their bones. Abscesses would form where teeth and bone had once been. Their bodies became brittle and weak. The dentist for one of the women removed one tooth, and another, and another, until her jaw crumbled under light pressure. More than one painter’s spine would collapse or their legs break, unable to support their weight. Anemia and leukemia were common as the blood-producing marrow was now irradiated. This was a drawn-out and painful death.

I don’t mention this for the gross-out factor, but because it’s important to know the level of devastation this caused the factory workers. There was also extreme negligence from their employers that would have continued had some of the women not fought back.

The danger of radium snuck up on the workers. Fatigue and headaches snowballed into more serious problems. Multiple women suffered from mysterious illnesses that could only be explained by the glowing paint. Mollie Maggia was one of the first women to die. Factory owners maligned her and claimed her death was caused by syphilis. When she was exhumed five years later, her body still glowed in the coffin. As other women passed on, their deaths were said to be tuberculosis, angina, or diphtheria.

The managers at these factories hid the extreme complications of working with radium. In 1924, the United States Radium Corporation commissioned an investigation into the illnesses and deaths plaguing its workers. When the report came back linking radium to their sickness, the owners of the corporation covered it up.

Radium exposure led to a horrible, painful death. For some women, it came quickly. For others, cancer and complications from radiation would claim their lives years after. Some realized they weren’t long for this world when they looked into the mirror at night. There they saw the bones of their skull glowing faintly underneath their skin. 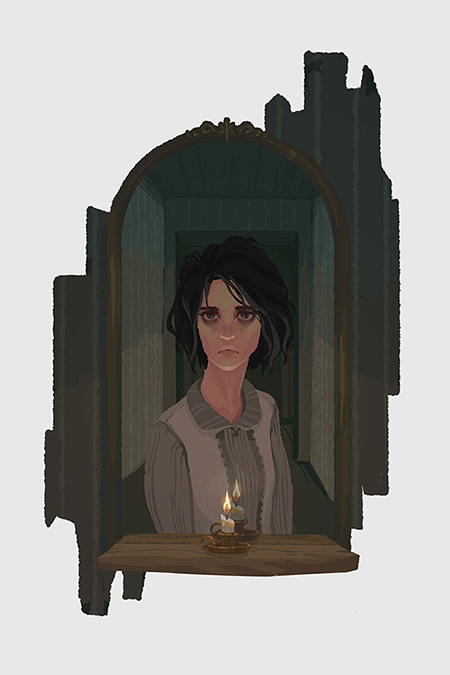 In 1925, Grace Fryer, one of the dial painters, started hunting down a lawyer who would help her sue the New Jersey factory. It took two years. Four more workers joined her, the five of them becoming known as the Radium Girls, and the case was filed in 1927. The owners of the factory fought them tooth and nail in spite of public sympathy being on the side of the women.

It started a cascade of other suits against radium companies and a change in how radium was handled in factories. During the Cold War, some of the watch painters volunteered in scientific studies to understand the long term effect of radium. What these women went through brought attention to worker’s rights and health and eventually led to better labor protections. But it was too late to save those who had already been exposed.

We can still thank these women for fighting for recognition, even as they were dying. Without their steps forward, it’s impossible to tell how many others would have succumbed to preventable radium poisoning. Their battle set in motion regulations to protect all workers and to force employers to take responsibility for the health of its employees.

Author of The Radium Girls, Kate Moore has a website that puts names and stories to the women involved.

Deborah Blum, author of The Poisoner’s Handbook, wrote up a three-part excerpt about the Radium Girls for Wired.

And Ranker has an article “14 Horrific Facts About The Women Forced To Get Radium Poisoning For Their Job”.

I love diving through history for these lesser known stories. Got a story like this you want to have told? Drop me a line or leave it in the comments! I’d love to hear any suggestions.

Don’t forget to sign up for my newsletter if you want a monthly reminder of blog posts and other things happening at the studio!